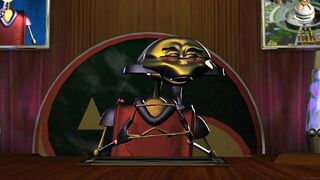 "Chance has nothing to do with it child, the future is not determined by a throw of the dice, it is determined by the conscious decisions of you and me." - Phong, Keeper of the Core

Hello everyone. To introduce myself, I am a Corpsman in the United States Navy and a University graduate in history. My screen name, 'Preator', comes from the Star Trek TV series, I also go by the name 'Phong' on this site, for obvious reasons.

I also run a small group on Flickr for people that like to wear ReBoot costumes to comic conventions. http://www.flickr.com/groups/1176159@N21/

I am an avide fan of ReBoot, I've been a fan of the show since it first started airing. My favorite character is Phong, but I also really like Hexadecimal and Scuzzy. My favorite episode is probably Infected. I was made the ReBoot Wiki Administrator after I first started editing. The site had no articles, no designed back ground, and no members. Once I added the first several articles, the Wikia staff decided I should have the administrator position.

I also contribute on the Justice League wiki

I also like Lois and Clark, the new adventures of Superman, Fantastic Four, Batman movies, X-Men, Star Trek, Harry Potter, and Pirates of the Caribbean. I love animals, lean toward cats but love dogs to. I collect model ships and history is a passion of mine.

I would love to discuss any of these subjects with any other fans or interested people.