Bob Buckley (credited as Robert Buckley) is the Composer of ReBoot, responsible for all featured episode music.

Bob Buckley was born in Brighton, England (UK). Spending part of the year in England, and the rest of his time in Vancouver, Canada, As he holds both British and Canadian passports.

Bob took up the piano at the age of ten and put it back down again when he realized it was too heavy. He began composing almost immediately. At the age of twelve he started playing the clarinet inspired by the opening solo in "Rhapsody In Blue". Soon after that he began playing the saxophone and flute. He formed various bands in high school for which he wrote music; he also wrote for the school orchestra, concert band and jazz band. He studied with California composer Hubert Klyne Headley who exposed him to the twentieth century music of Stravinsky, Bartok, Ravel, Shostakovitch. He studied composition, conducting and arranging at the University of Washington with American composer William Bergsma and studied electronic music at the University of British Columbia.

Upon leaving university Bob started working professionally and appeared weekly on the television series "Let's Go" as keyboardist, saxophonist and arranger. In his quest to combine rock, jazz and symphonic music he formed the band Spring and performed the original work "Song Cycle" with the Vancouver and Edmonton Symphonies. Also with the band Spring he had his first top ten single. Then, as a member the rock bands Straight Lines (CBS Records) and Body Electric (A&M Records) his keyboard and songwriting talents contributed to five albums containing several top-ten singles and a gold record with the number one single "Letting Go". Bob has recorded and worked with many artists throughout his career in the music industry.

During this time Bob worked professionally as a composer, arranger, performer, producer and conductor for records, theme music for television series and specials, commercials, audio-visuals, dance, musicals, symphonic works and films. The diverse nature or his background has given him the opportunity to write every conceivable kind of music, including orchestral, rock, jazz, country, techno, experimental, Broadway and contemporary. He composed the music for the opening and closing ceremonies of the 1994 Commonwealth Games in Victoria, B.C. In 1986 he composed "This Is My Home" for the Canada Pavilion at Expo '86, a song which has been performed at every Canada Day since and has become like a second National Anthem. He did string arrangements for Bryan Adams' latest two albums, Celine Dion's Christmas album and Our Lady Peace's latest album. He composed two musicals for the Charlottetown Festival, one of which has been running for nine years.

He has scored hundreds of television programs including the award-winning computer-animated series "ReBoot", "Transformers" and "Shadow Raiders" and most recently the computer-animated movies "Casper's Haunted Christmas" and "Scary Godmother". Bob is currently writing a musical in England called Tinsel with novelist Michelle Magorian and a physical theatre show in Vancouver called 'The Bridge' with Axis Theatre. He has a state-of-the-art digital music studio with a huge template of instruments and sounds and is equally at home in front of a rack of synthesizers, a symphony orchestra or playing jazz saxophone.

Bob has received much recognition for his outstanding work including Gold Records for 'Letting Go' and 'Association for Multi-image International'; Leo Award for Best Musical Score; Caras Music Awards for Artist of the Year, Producer of the Year and Album of the Year; BMI Award for Best Symphonic Composition; PRO Awards for Outstanding Success in Canadian Music and Excellence in Canadian Music; Juno Nomination for Composer of the year and Song of the year; ALFIE award for U.S. radio commercial music, and I.B.A. awards in U.S. radio and television commercial music.

Bob is a member of 'SOCAN' and the 'Guild of Canadian Film Composers', currently working from his company in Vancouver B.C, Canada, called 'Bob Buckley Productions, Ltd'. 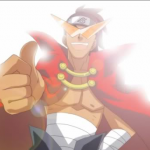